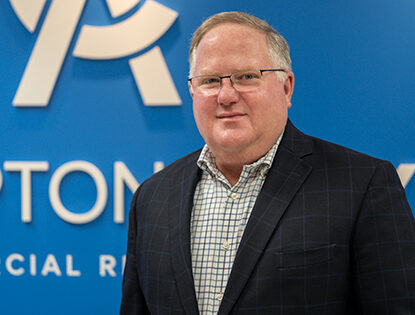 Douglas Compton Sr. has more than 30 years of experience in all phases of development for retail, restaurants, hotels, and other types of commercial properties. As a tenant…[read more]

Douglas Compton Sr. has more than 30 years of experience in all phases of development for retail, restaurants, hotels, and other types of commercial properties.

As a tenant representation broker for leading national companies, Doug established many long-term tenant relationships. This experience enabled him to begin developing new locations for those tenants, to facilitate their expansion into multiple markets. With his diverse experience and valuable connections, Doug became the president of the build-to-suit division for a major national developer, where he worked for 13 years.

Prior to co-founding ComptonAddy, Doug was an owner and founding partner in Anchor Retail Solutions/Anchor Development. Under his leadership, Anchor Development achieved growing success with a robust pipeline and focused client relationships. Across his career, Doug has managed and partnered in more than 200 development projects across the country.

Doug earned a Bachelor of Business Administration with a degree in real estate from the University of Cincinnati Carl H. Lindner College of Business. Doug has been married to his wife, Molly, for 31 years. Together they have a set of fraternal twins. 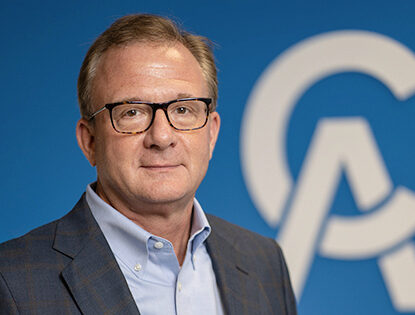 Mark began his career as an attorney with Santen & Hughes law firm. As the company’s youngest-ever, law partner, Mark served as President of Santen & Hughes and represented Phillips Edison & Company from its formation in 1991.

In 2001, Mark joined Phillips Edison & Company to serve as its General Counsel and then its Chief Operating Officer until 2010. Commencing in 2010, Mark was responsible for helping to implement a new growth strategy. Mark helped to raise equity of over $3 billion dollars to help drive the growth of the company’s public, non-listed REIT business, over which he eventually presided as the President and Chief Operating Officer. At the time of Mark’s departure, Phillips Edison & Company was one of the largest real estate owners in the United States, owning and managing approximately 350 properties across the country.

In January 2020, he joined his long-time friend, Doug Compton to co-found ComptonAddy. He brings over 30 years of in-depth commercial real estate experience to ComptonAddy.

Mark is presently Vice-Chairman and a member of the Executive Board of the Talbert House. In addition, he is the present chair of the Talbert House’s Annual Fatherhood Luncheon and has seats on a number of private company board of directors. Mark obtained his Bachelor of Science from Bowling Green State University where he was awarded the President’s Award. He obtained his Juris Doctorate from the University of Toledo where he was a member of Moot Court and awarded the Order of Barristers.

Mark and his wife, Kelly, who he met in law school have been married since 1987. They have 2 children, Harrison and Emily. Kelly and Mark reside in Cincinnati, Ohio. 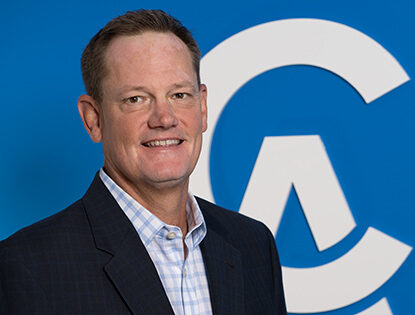 Mark Wilhoite has over 25 years of diverse experience in the commercial real estate industry; including development, construction, operations, leasing, and tenant negotiations. He has overseen over three million square feet of new and redeveloped retail and office projects since 2000 and has worked on a wide range of projects from single tenant triple net deals to complex asset repositioning.

Mr. Wilhoite began his career as a project manager with RTKL Associates, a nationally recognized architectural and planning firm in Baltimore, MD. From there, he worked as Director of Development and Construction for Phillips Edison & Company based in Cincinnati, OH where he handled large grocery development and re-development projects as well as single-tenant drugstore development projects. In 2006, Mark worked for Regency Centers as an Investment Manager where he was responsible for grocer and power center ground-up developments throughout the Mid-West region. Prior to joining ComptonAddy, Mark worked as the Chief Development Officer for PECO Real Estate Partners where he managed several large multi-million-dollar mixed-use redevelopments including one of the largest in Southwest Ohio, the Kenwood Collection.

Mark earned a Bachelor of Planning and Urban Design from the University of Cincinnati College of Design, Architecture, Art and Planning (DAAP). Mark currently lives in Loveland, OH, with his wife Suzanne who he married in 1995 while living in Baltimore. They have three children, Taylor, Owen, and Carly. 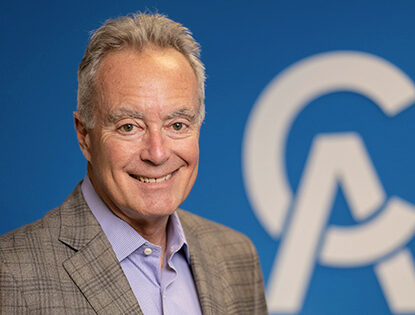 Scott spent 21 years with Phillips Edison & Company where he began his career as a leasing agent working with national and regional retailers, from big box anchors to in-line specialty shops. He developed strong relationships with retailers, brokers and other key industry professionals while serving in roles as Vice President of Leasing, Vice President of Redevelopment and Senior Vice President of Strategic Investment Funds.

In 2016 Scott started his own company, Mitchell Realty Advisors, where he provided leasing services to owners of retail properties, as well as tenant representation and site selection for retailers. Prior to joining ComptonAddy, Scott was the Vice President of Business Development for Anchor Development. 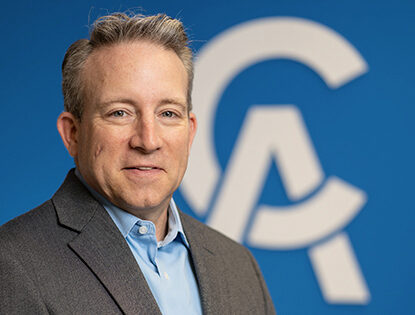 As a Senior Project Manager for Brixmor Properties Group, Brad managed over $100 million worth of redevelopment and tenant improvement projects in a nine-state region. He was also a Senior Property Manager for New Plan Excel Realty Trust, managing a portfolio of 20 shopping centers in four states. Prior to joining ComptonAddy, Brad was the Vice President of Construction for Anchor Development.

Brad earned a Bachelor of Science degree in real estate and marketing from University of Cincinnati Carl H. Lindner College of Business, after spending 3 years in UC’s School of Architecture.

Brad has been married to his wife, Leslie, for 22 years and currently reside in Milford, OH with their daughter Lilly & son Sawyer. 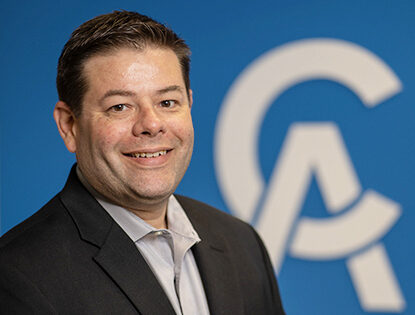 Jon Bybee has over 20 years of experience in the public accounting field, including 15 years at Cooney, Faulkner and Stevens, LLC.

Prior to joining ComptonAddy, Jon was the controller for Anchor Retail Solutions/Anchor Development and Anchor Associates.

Jon earned his MBA in accounting and finance from Xavier University and his BBA from the University of Tennessee-Knoxville. 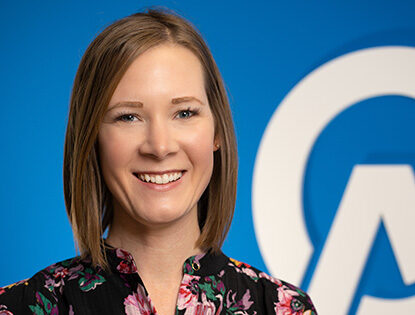 Brittney Ranard has 10 years of experience as an executive assistant, including 6 years in the commercial real estate industry. Prior to joining ComptonAddy, she worked closely with Mark Addy at Phillips Edison & Company.

Brittney earned a Bachelor of Science degree in Finance & Economics from Lake Superior State University in Michigan’s Upper Peninsula. Brittney resides in Loveland, Ohio, with her husband Zac, their two kids, Jack and Nora, and their dog, Nacho. 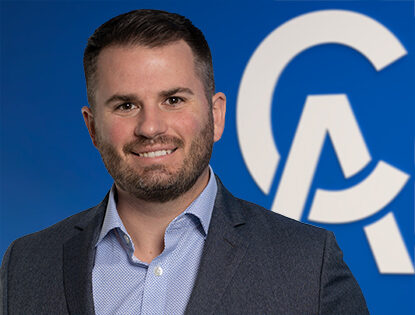 Jon has 14 years of commercial real estate and construction experience in various industries including retail, medical, and hospitality. Prior to joining ComptonAddy, Jon worked for a local developer where he generated new real estate development opportunities for multiple clients across the United States.

Jon earned his Bachelor of Science degree from Miami University. Jon is married to his wife Katie and currently resides in Mason with their daughter. 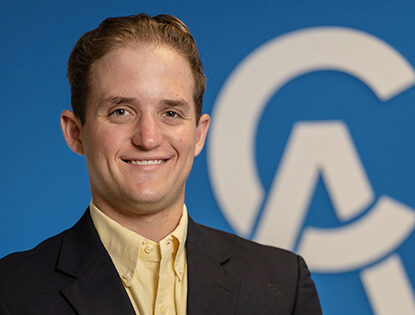 Douglas Compton Jr. comes from an upbringing of generational family member's who have been in the real estate industry. When Douglas graduated from DePauw University in 2018, he decided to join Anchor Retail Solutions/Anchor Development to begin his career learning the commercial real estate development industry.

Now with ComptonAddy, he will work in all aspects of the development industry. Some of his responsibilities will include; market analysis studies, site assessment for potential new projects, and site acquisitions. Additionally, he will be assisting in communicating with project managers, municipalities, general contractors, architects, and engineers to ensure each project meets our clients’ standards.

Prior to joining ComptonAddy, Douglas worked for Anchor Retail Solutions/Anchor Development for two years. He held internships with Anchor Associates in Cincinnati and Development Management Group in Nashville. He earned his bachelor’s degree in communication and media studies from DePauw University. He was certified in Strategic Planning in 2019 working with Partners in Change. 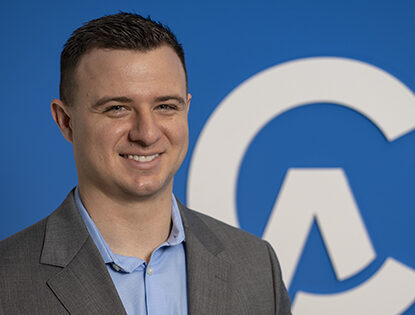 Chris Seitz has 7 years of experience in the accounting field, including 6 years in the commercial real estate industry. Prior to joining ComptonAddy, Chris was an accountant at Anchor Associates, Anchor Retail Solutions/Anchor Development and 3CDC.

Chris earned a Bachelor of Science degree in Accounting and a Bachelor of Business Administration in Finance from the University of Kentucky. Chris is married to his wife, Abby and currently resides in Lakeside Park, KY with their dog, Riley. 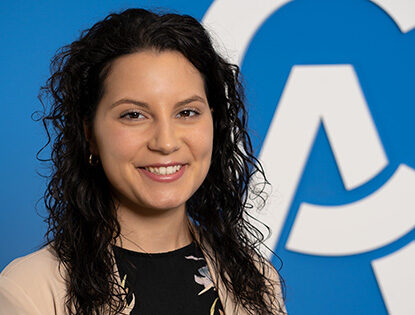 Rachel Rosado was a Kolodzik Business Scholar at the University of Cincinnati and graduated in December of 2018 with her Bachelor of Business Administration degree in Real Estate and Marketing. She quickly immersed herself in the Commercial Real Estate industry and was awarded a national scholarship from CREW (Commercial Real Estate Women) Network in 2018.

Prior to joining ComptonAddy, Rachel did a co-op program at Phillips Edison & Company in 2017 that then transitioned into a full-time position as a Leasing Associate in Denver, CO. In August of 2020, she returned to Cincinnati and went on to work in Marketing for Superior Credit Union.

Rachel is looking forward to integrating her passion for working in Commercial Real Estate while plugging in her creative side into her Marketing responsibilities. Rachel and her husband, Hunter reside in Cincinnati, OH with their dog, Maisie.